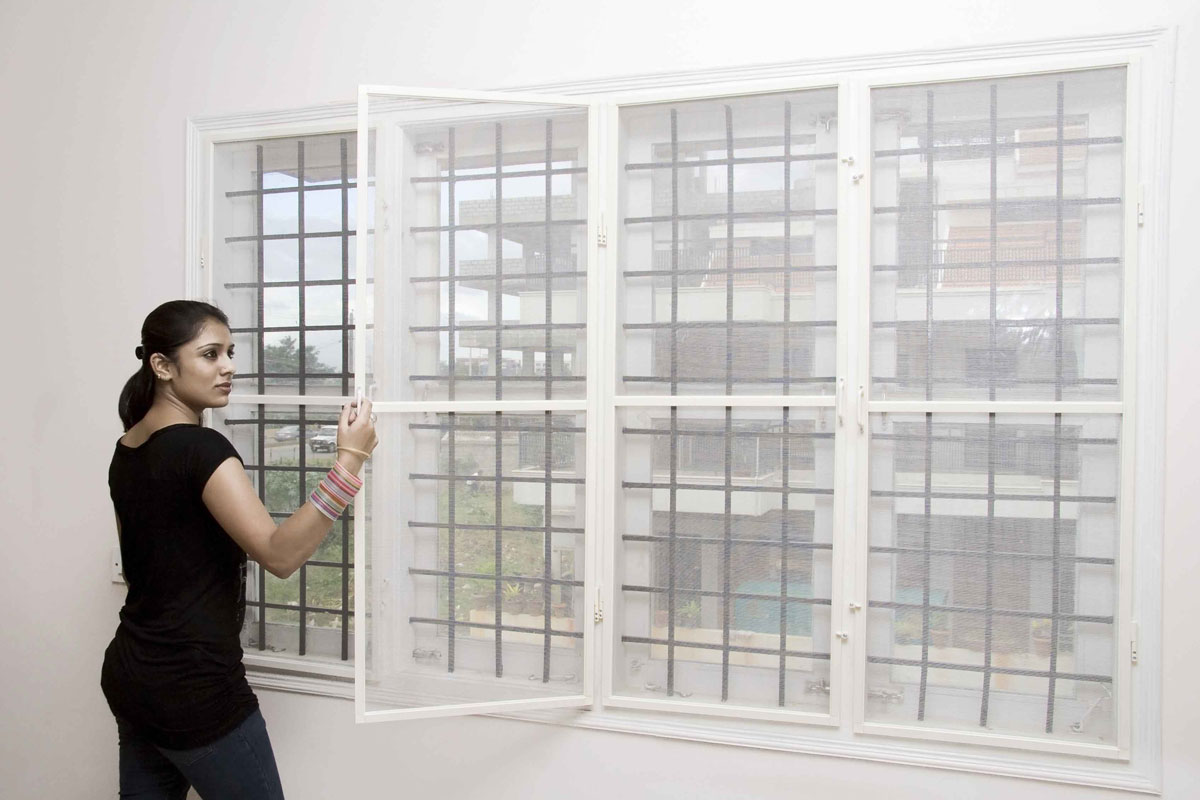 Slimline Aluminium sleek mosquito frames fit on the surface of the existing window frame can be hinged or held in place by turn buttons with mid bar, which is screwed to the window frame and rotate into position across the face of the screen frame.

Hinge assembly consists of two parts, held together with a central pin, which allows for quick removal.

The hinges are attached to one side of the screen frame, and one part is fixed to the mosquito net for windows.

See how it works?